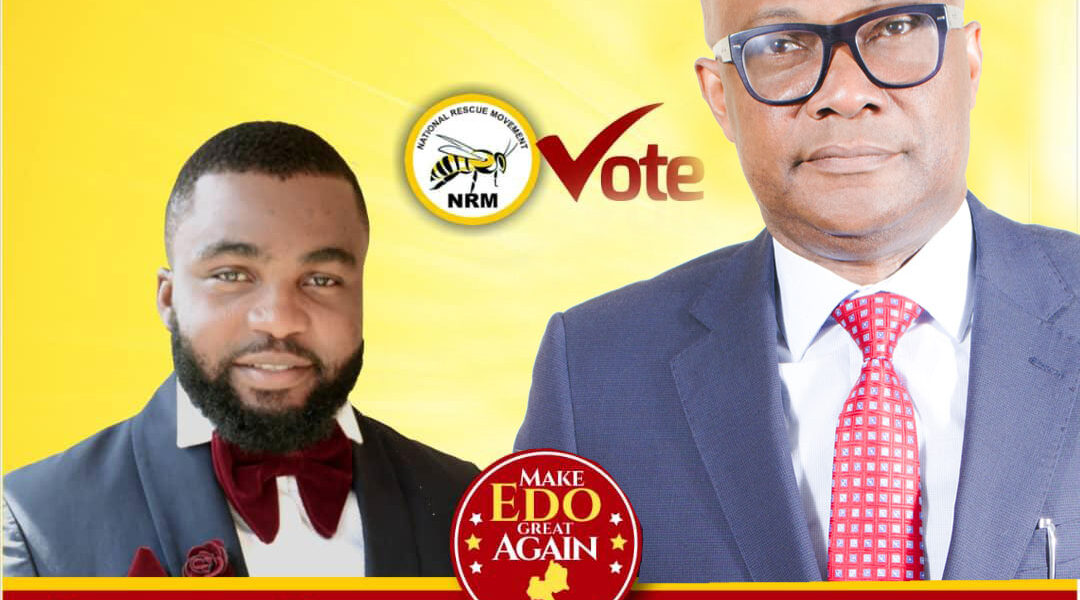 The National Rescue Movement, NRM has elected Mr. Stevie Nash Ozono as the party’s gubernatorial flagbearer for the 19th September 2020 Edo State governorship election. Ozono was elected the party’s flagbearer on Saturday during the primary election at the party secretariat in Benin City.

Welcoming delegates to the primary election, Hon. Sam Arase, the Edo state chairman of NRM urged delegates to brace up for the task of rescuing the state from political parties that have failed the state in the past noting that it is beginning of it’s rescue mission in the state.

Arase urged NRM party members to take advantage of the unending squabbles and rumblings in the major parties in the to take power from the ruling elites and give it back to the people during the 19 September governorship election.

In his remarks, the chairman of the party’s Electoral Committee for Edo primary election, Muhammed Dirisu Isah thanked the delegates for their comportment and urged them to work together to ensure they return the party’s gubernatorial flagbearer elected in the 19 September Edo governorship election. He assured of the support of the national secretariat in the gubernatorial campaigns and the prosecution of the election proper.

In his acceptance speech, the NRM gubernatorial flagbearer, Mr. Stevie Ozono thanked the delegates for the confidence they reposed in him assuring that he’ll not betray the they reposed in him. He appealed to them to join him in the task of rescuing Edo state noting that he cannot do it alone, but need their support to succeed.

The NRM gubernatorial primary election was witnessed by officials of the Independent National Electoral Commission, INEC, Directorate of State Services, DSS, the Police and other relevant agencies.